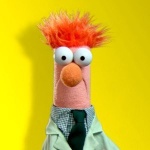 'Mortarion counts as a Daemon Prince and has the Mark of Nurgle.'

'Daemon Primarch: Mortarion counts as a Daemon Prince and has the Mark of Nurgle.

(Oui il ont Eternal Warrior!) As Primarch of the Death Guard, the 0-1 limits for Elite choices and Chaos Space Marine Vehicles do not apply to any army led by Mortarion, although normal army composition rules apply.

(pas de rapport avec les réglements Apocalypse). All models must have the Mark of Nurgle or be ineligible for any Marks.

(pas de problème) Vehicles must be aligned with Nurgle, although they do not have to be Demonically Possessed.

(pas de problème) Any army led by Mortarion is considered to be a Death Guard army, with favored unit benefits as described in the Book of Nurgle.

(Ça nécessite un explication: quand une unité est nombreux de 7 modèles il gagne le mark de Nurgle pour gratuit). Up to two additional HQ choices in an army led by Mortarion may be either Greater Daemons or Daemon Princes (the 0-1 limit on Daemon Princes is removed, and Mortarion himself does not take up a choice on the Force Organization chart).

Daemonic Commander: If the army does not contain a Daemon Prince, one Greater Daemon may be a
Daemonic Commander. Undivided Daemonic Commanders may take Daemonic Mastery for +35 points, Furious
Charge for +20 points, Move Through Cover for +10 points, Daemonic Flight for +25 points, and/or be upgraded to be
a Sorcerer for +5 points with one psychic power available to models with the Mark of Chaos Undivided at the normal
cost.

Daemonic Mastery:
Daemonic Gift costing 35 points. One per army.
A model with the Daemonic Mastery gift rules over the Daemon World on which the battle is taking place, and
is able to re-make it on a whim. If on a foreign planet outside of the Eye of Terror, the master has obviously managed
to achieve some sort of intimate connection with the landscape, perhaps through the erection of a towering icon
praising the daemon god he worships or through the ritual sacrifice of innocent souls. At the start of the Chaos
player’s turn, before movement or Reserve rolls, the Daemonic Master may move one terrain feature completely
within 48” of himself D6” in any direction. The feature retains its orientation and will not damage or move any
models, friendly or otherwise, due to its movement; although, they may be forced to take a Difficult and/or Dangerous
Terrain test in their next turn. The terrain feature is moved out from under the models, even if it is a building or would
otherwise seem impossible! If this movement causes a change in elevation, simply place the models directly below (or
above) their original position. On a distance roll of 6”, the terrain feature may be removed from the table completely.
This is not a psychic power, but more of an innate connection to the landscape, and may not be nullified in any way.
Daemonic Mastery grants the army a Strategy Rating of 3. 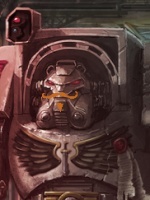 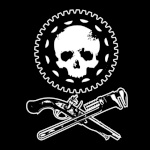 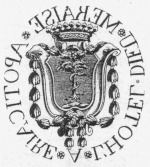 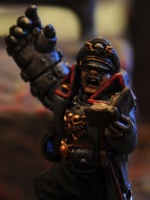